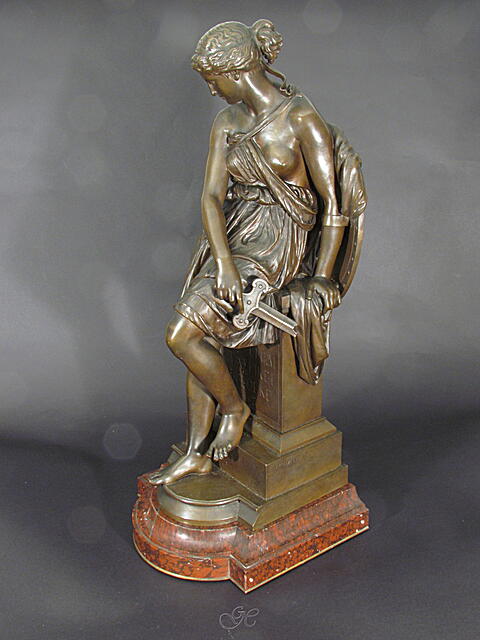 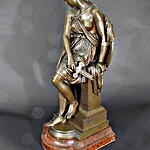 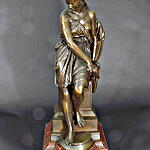 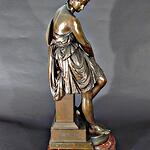 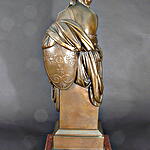 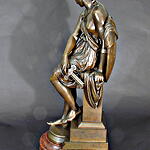 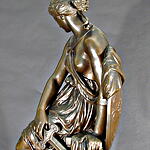 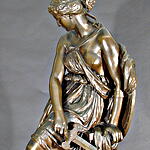 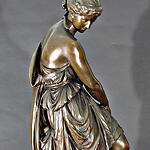 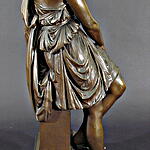 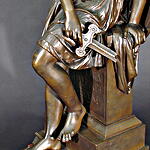 He sculpted biblical and mythological subjects, characters from opera and effigies of Saints. Notably his work was commissioned for the Opera, the Hotel de Ville and the Louvre in Paris. The Luxembourg museum owns one of his groups in marble, Agar and Ismael, and a statue in bronze, Judith.

Aizelin died at the beginning of 1902 in Paris, 10, rue Gay-Lussac, in the house he had lived in for the past thirty years. He was preceeded by his wife, Sophia Berger, a painter who exhibited at the Salon from 1847 to 1870. 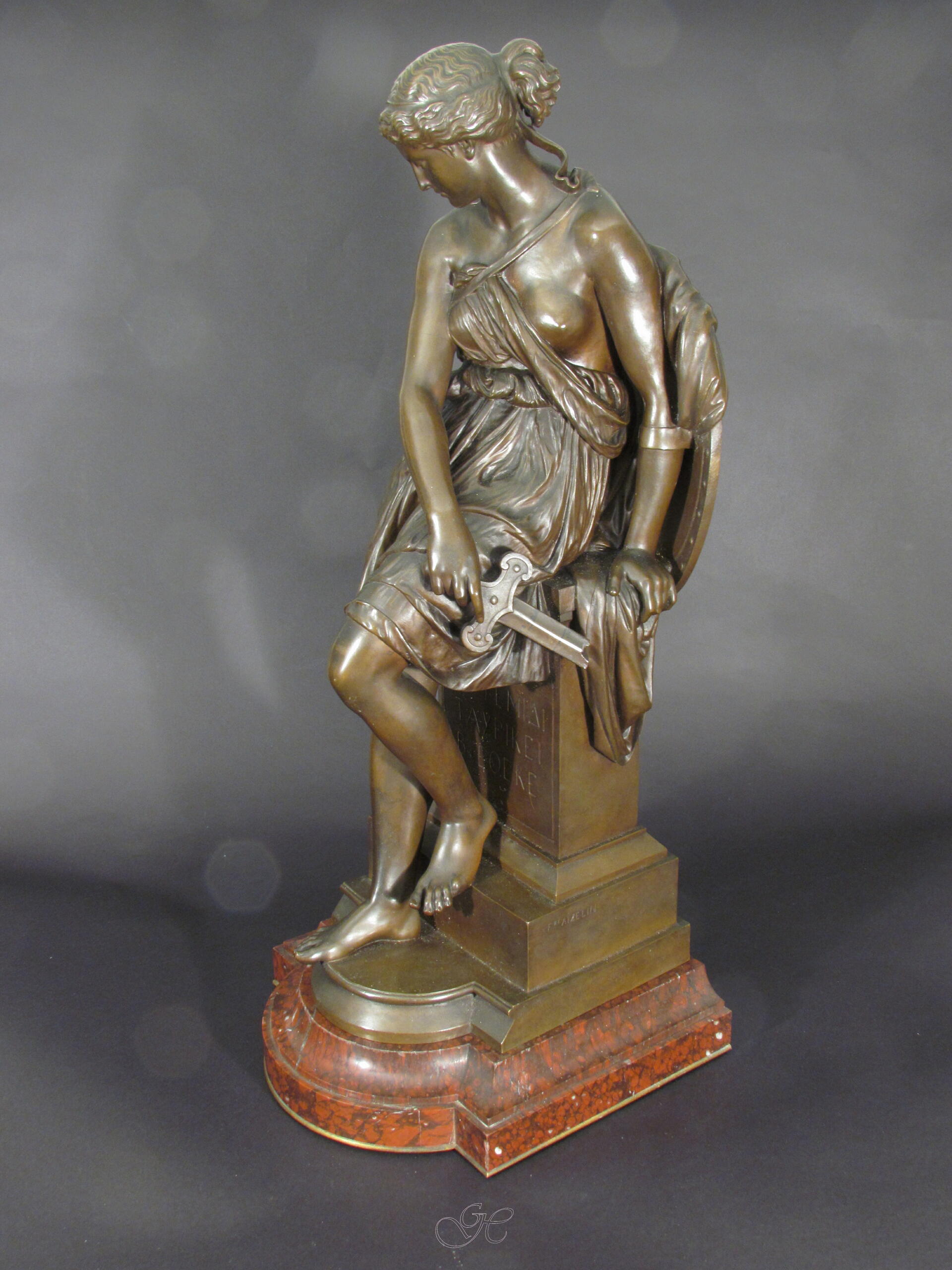