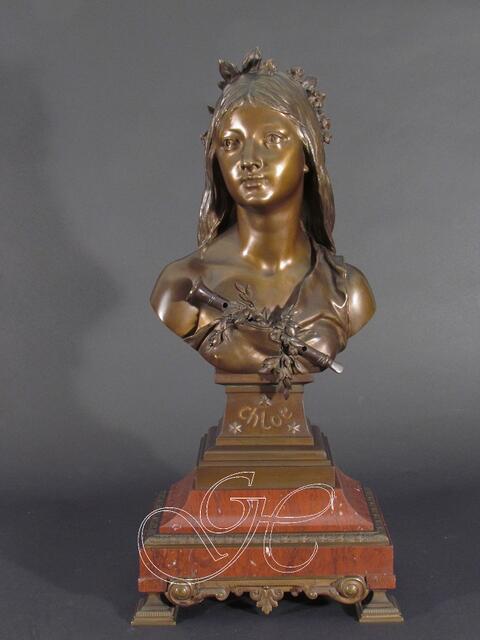 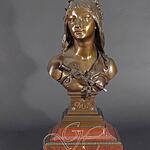 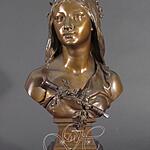 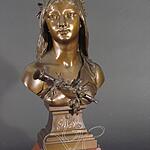 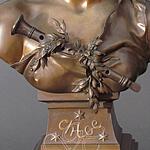 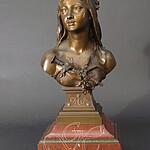 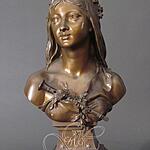 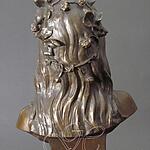 Dumaige studied sculpture under Feuchere and Dumont. He exhibited his sculptures depicting groups, statues, and busts at the Salon from 1863-1886. He is most well known for his statuettes of dancers. . He sculpted a large number of busts, groups and statuettes in marble, plaster and bronze, including statuettes of Desmoulins and Rabelais.

In 1864 he exhibited a group in bronze entitled " L'age d'or", a statue in bronze, "Hero", in 1864, "Retour des champs" in 1866, a marble bust of Moliere in 1872, a statuette entitled Francois Rabelais in terracotta in 1873, a statue in marble for the city hall in Tours in 1880, "Camille Desmoulins" in plaster 1882, and "Patrie", a bronze in 1886. Different works were cast in bronze, in particular, dancers, as well as works entitled, Salome, and Esmeralda, and also a grenadier of 1792 entitled Apres les combat, a reduction of Camille Desmoulins. 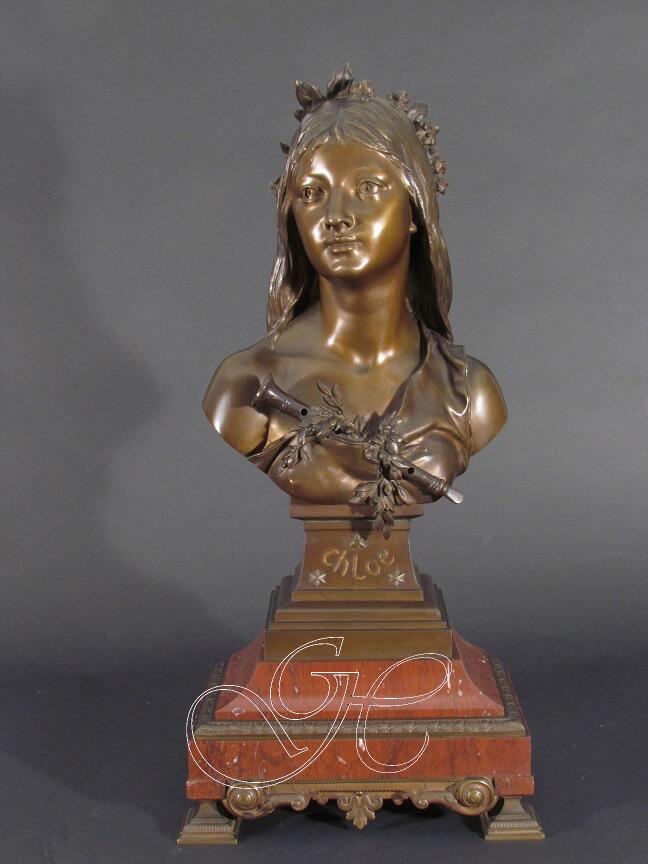